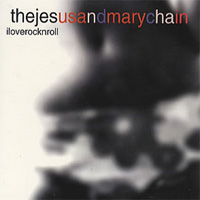 “I Love Rock ‘n’ Roll” is a song by the Scottish alternative rock group The Jesus and Mary Chain and the second single from the group’s last album Munki. It was the band’s last single before they split up. It was released by Creation Records in May 1998 and reached #38 in the UK single charts. The song is a reworked version of a previous song, “I Hate Rock ‘n’ Roll”, which was included in the band’s 1995 compilation album, Hate Rock ‘n’ Roll.