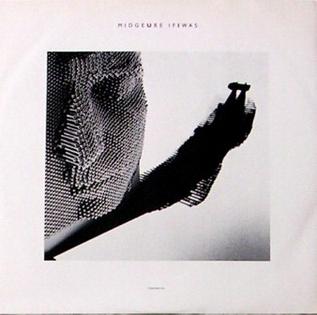 “If I Was” is a 1985 song by Midge Ure. It was co-written by Ure and Danny Mitchell (of Ultravox’s tour opening band Messengers), and released as the first single from Ure’s first solo album The Gift. It reached #1 on the UK singles chart for one week in September 1985.

In the sleeve notes for the 2001 compilation If I Was: The Very Best of Midge Ure & Ultravox Ure wrote:”This song is pure Danny Mitchell. I found a demo of it on a cassette Danny had sent me for his band The Messengers. I grabbed it with both hands, messed around with it, sprinkled it with fairy dust and the rest is history.”

Ure played all instruments on the song except bass guitar, which was played by Mark King of Level 42.