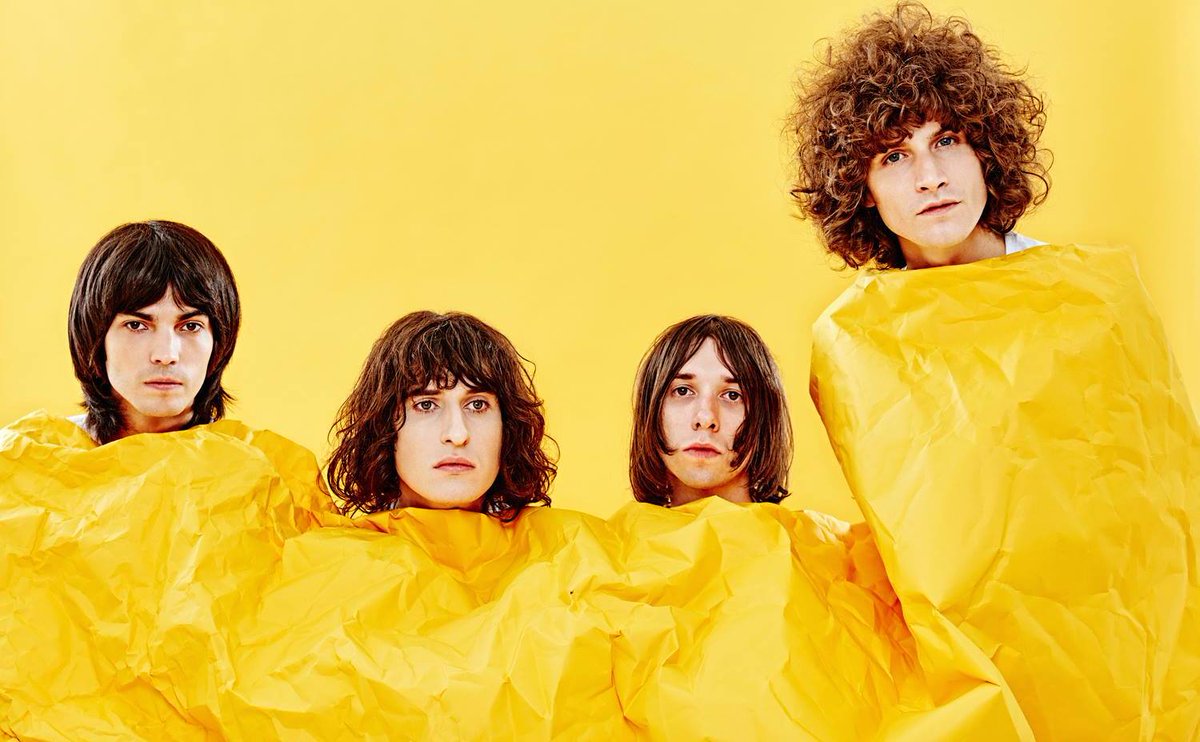 It doesn’t take too long with Temples’ second album Volcano to realise that a noticeable evolution has taken place, whilst still keeping intact all the things you loved about the band’s debut, Sun Structures. It’s there from the outset: the beefed-up beats of Certainty reveal an expanded sonic firmament, one in which bright synth hooks and insistent choruses circle around each other over chord sequences that strike just the right balance between nice and queasy. Shock-haired singer James says, “If there’s a sense of scale, it was really just a result of implementing a load of things that we didn’t know about the first time around.” Referring back to Sun Structures, a record that was recorded in his house in his native Kettering, James explains, “We didn’t even have a subwoofer to listen back to things that we did on Sun Structures, so there was nothing below 50Hz on Sun Structures. We didn’t even know those frequencies were there!” Co-founding member and bassist Thomas Warmsley describes a record in which “we discovered a lot as we went along, and the excitement at having done so radiates outwards.” [FULL TEXT]