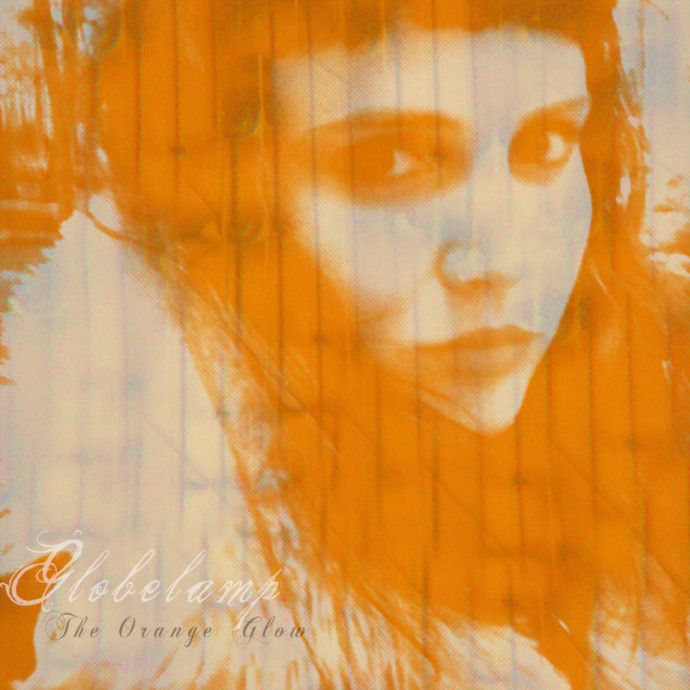 Elizabeth Le Fey, Globelamp, wrote The Orange Glow “as a reflection of the last year and a half and how I got out of it alive.” After a painful breakup and the death of her best friend, Maia Hisomoto, Globelamp followed the seductive but ultimately “fucked up” lure of the “orange glow” into a fairytale forest full of poisoned flora, predatory fauna and unspeakable, hair-raising mysteries. “An ancient aching/It seemed so warm/The orange/The orange glow/I didn’t know I didn’t know.”

With a voice that can be either ethereal or savage, shimmery as California sunshine through the leaves of redwoods, or dark as a Washington rainstorm, but always haunting, Globelamp sings of loss, longing, survival and the enchantments of nature.
Her mother exposed her to ‘80’s glam rock and Globelamp began to play the piano at the age of four, though it was not until her 20’s that she shared her music with the world as part of the punk band Meowtain in Olympia, and later as the White Witch of Foxygen. After this, she took off on her own to write, produce and record her solo debut Star Dust and to tour the country as an “artist/traveller” (“If you’re an artist or a traveler with tapestries/ I left the only girl I love in the Evergreen trees/… I brought her ashes to the sea”), gazing up at us from under glitter-encrusted eyelids under faux fur hoods, flower wreaths or tiaras. Globelamp’s voice has been compared to the likes of Stevie Nicks, Grace Slick, Kate Bush and Donovan, (I hear echoes of my personal favorites Patti Smith, PJ Harvey, Tori Amos and Exene Cervenka) and one can recognize the influence of the supernatural, fairy tales, nursery rhymes, psychedelic folk music and punk, but her sound is distinctly her own.