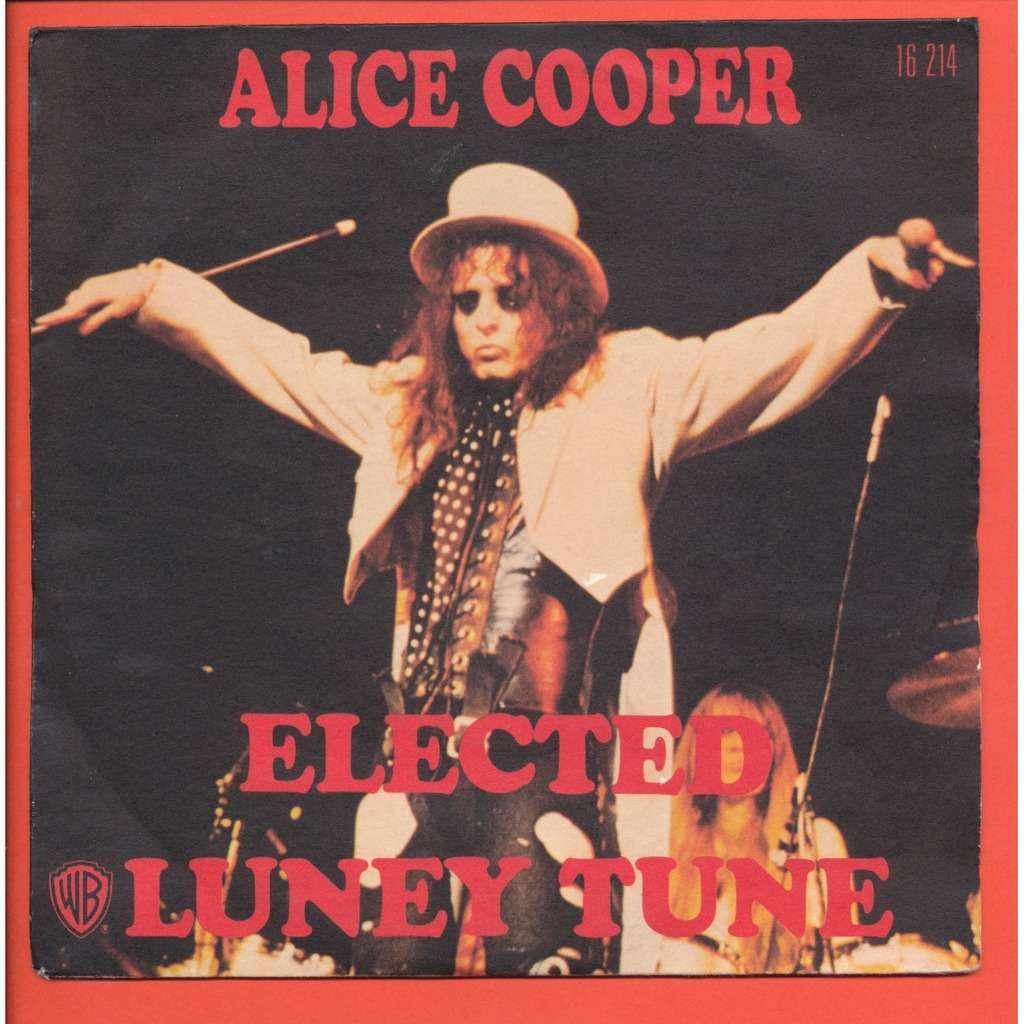 “Elected” is a 1972 song by rock band Alice Cooper, the first Hot 100 hit on their 6th studio album Billion Dollar Babies. The single reached #26 during election week on the US charts, #4 on the UK charts and #3 in Austria. It inspired one of the first MTV-style story-line promo videos ever made for a song. The song was a radical re-write of their 1969 song “Reflected” from the album Pretties for You.