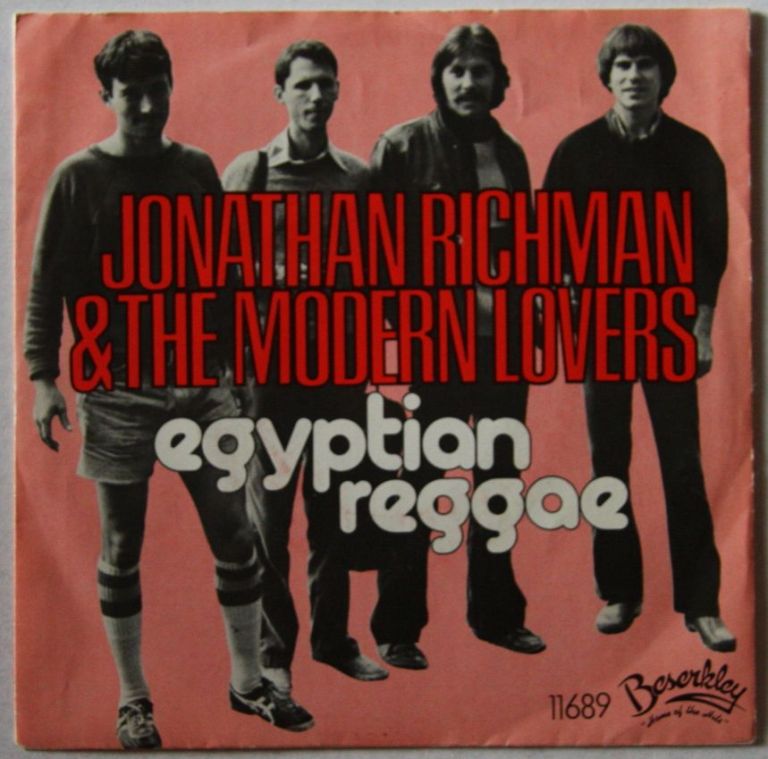 In the United Kingdom, Jonathan Richman was recognised as a progenitor of the punk rock scene, and several of his singles became hits. “Roadrunner” reached Number 11 in the UK Singles Chart, and its follow-up, the instrumental “Egyptian Reggae”, made Number 5 in late 1977. “Egyptian Reggae” was a version of Jamaican musician Earl Zero’s reggae song “None Shall Escape the Judgment”; Zero was credited as co-writer on Richman’s later versions of the track.