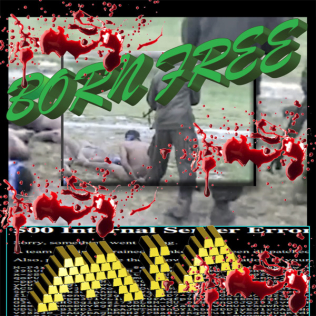 “Born Free” is the music video for English recording artist M.I.A.’s song of the same name. The video, which depicts a genocide against red-haired people, was filmed in California and directed by Romain Gavras as a nine-minute short film without the prior knowledge of M.I.A.’s record labels. Several incidents relating to the extrajudicial killing of Tamil males by the Sri Lankan Army filmed on mobile phones in Sri Lanka, some of which had been broadcast by news outlets worldwide, inspired the treatment for the film-video. The video’s portrayal of military force, violence and brutality met with a positive critical reception, but much controversy worldwide, including a ban from YouTube in the US and UK. Some critics hailed its representation of oppression and political turmoil, while others criticized the more explicit material. The way the film was shot and the themes it covered drew comparisons to previous works by the artist, and other writer-directors’ films such as The Hurt Locker and Punishment Park. It earned a nomination for “Best Dance Video” at the 2010 UK Music Video Awards.